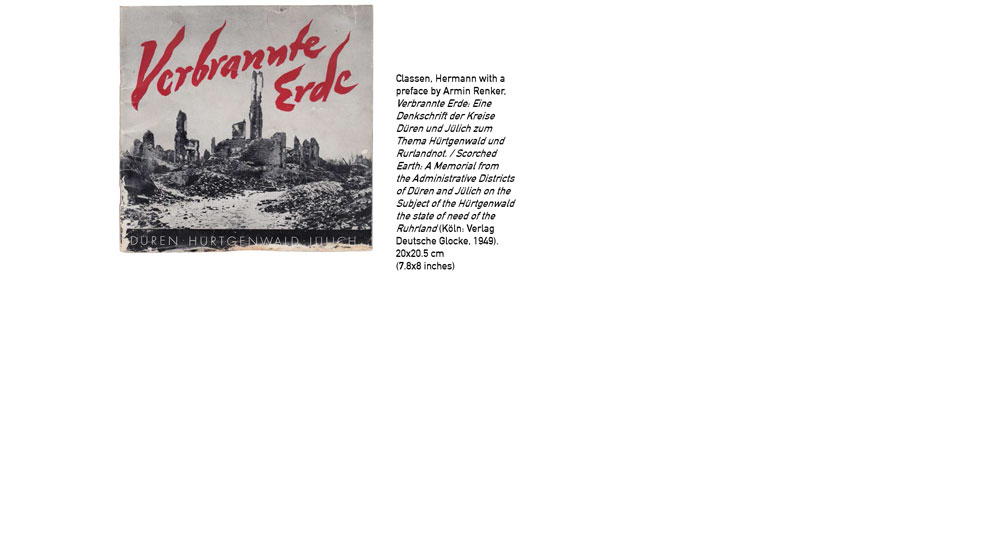 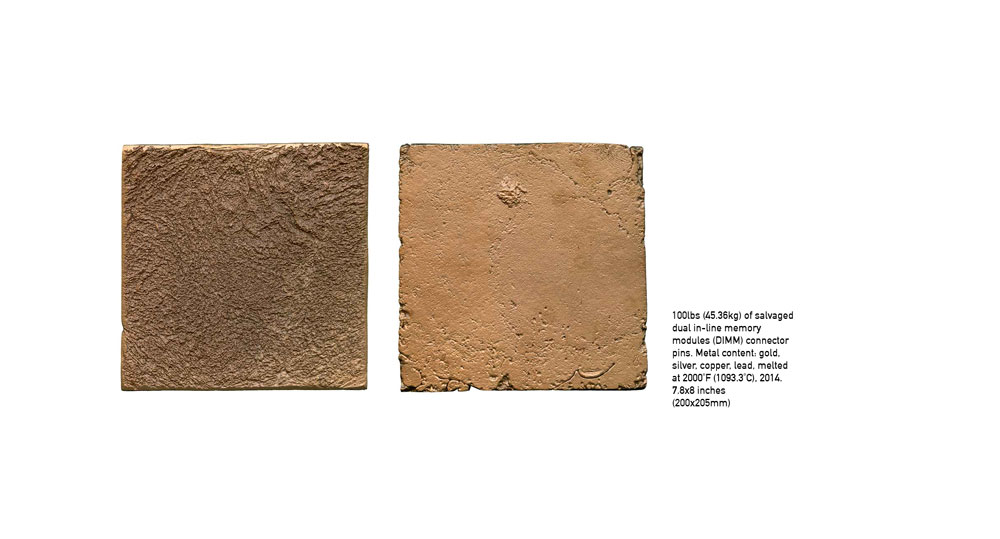 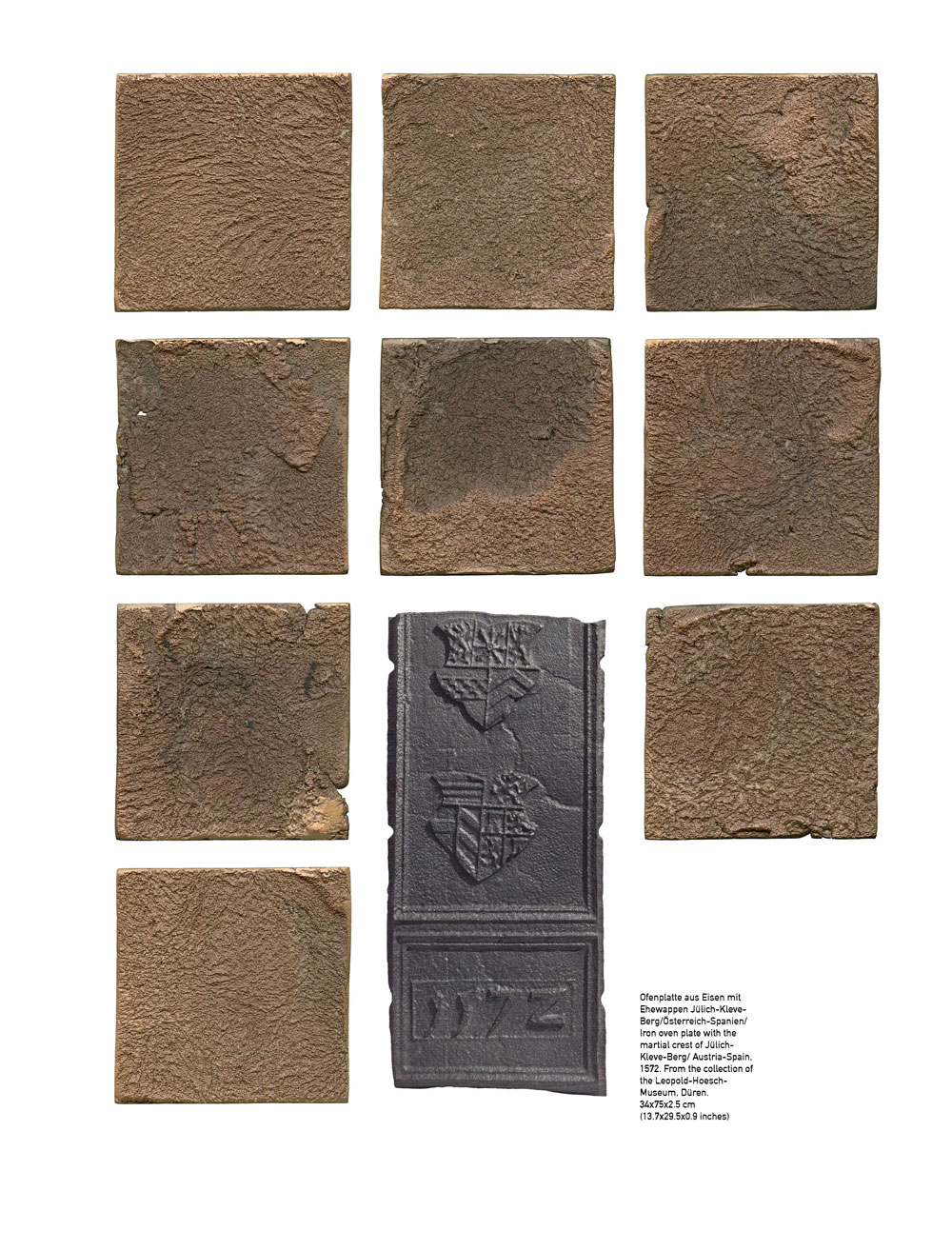 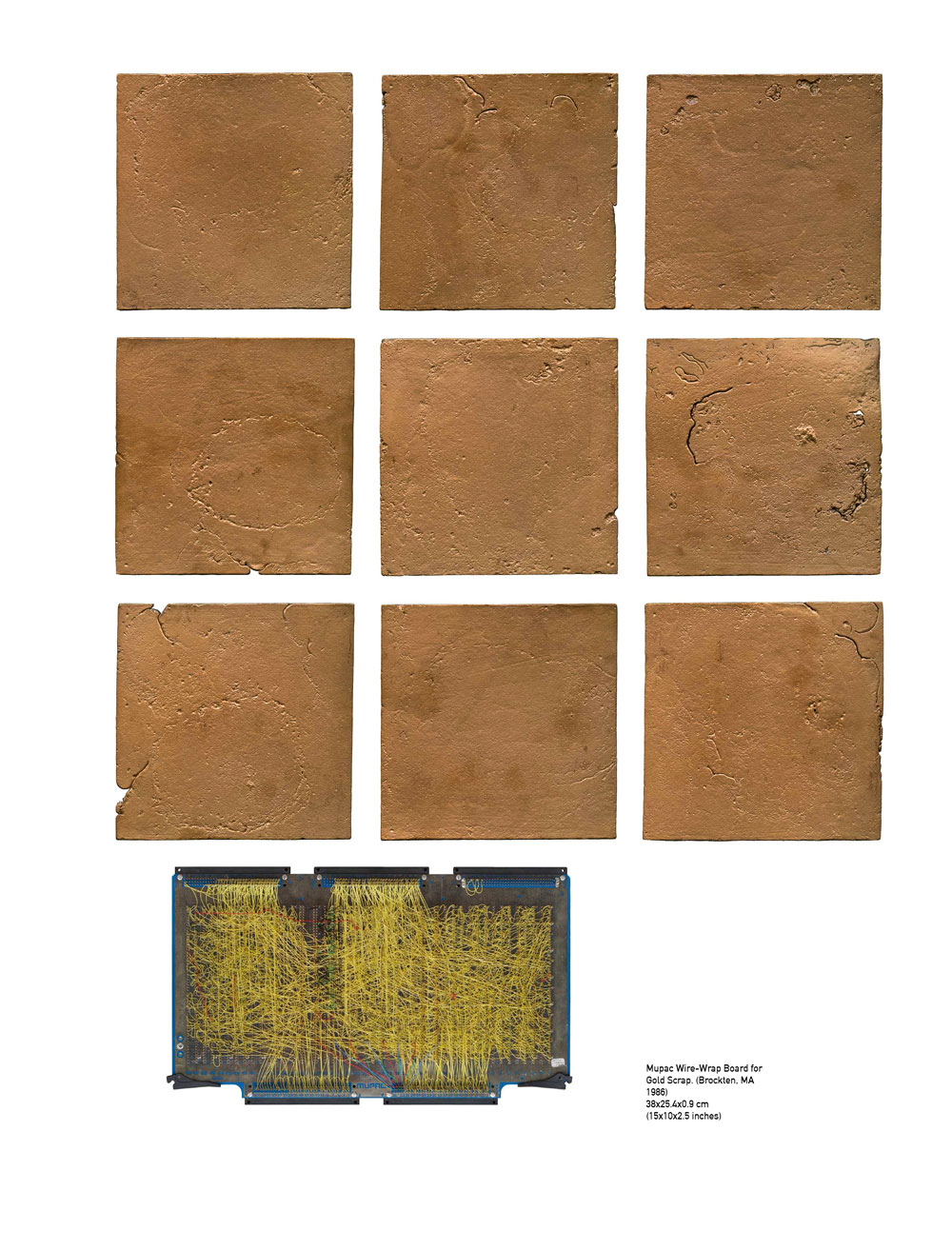 DIMM Memories of the Ruhr

Sam Lewitt is a New York based artist. In response to our invitation to contribute to this issue he wrote:

Basically the contribution will deal with a work I’m finishing now for a museum in the Rheinland (the Leopold-Hoesch in Düren). The project is called ’Verbrannte Erde: Second Salvage.’ It’s a work that takes its title and format from an eponymous 1948 publication, which is an administrative plea to rebuild and reconstruct after the destruction of allied bombing raids on the administrative districts of Düren and Jülich. The museum was the only municipal building to partially survive; half of it was destroyed and it was promptly reconstructed not long after. The work tries to produce a kind of semantic shift in the logic of salvage and administered memory that is an overriding component of that site. It essentially consists in reconstructing the layout of the ’Verbrannte Erde’ document by melting down DIMMs or so-called ’memory pins’ from electronic devices, which are regularly salvaged from circuit boards of overheated communications devices in order to extract the small amounts of precious metal they contain.